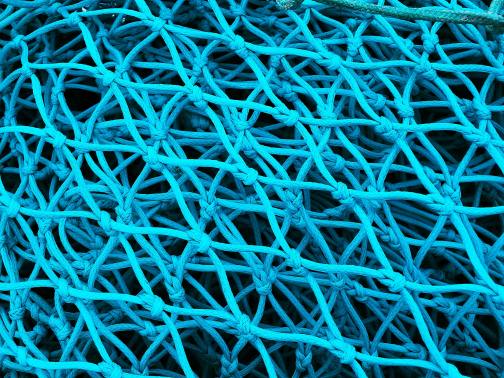 How many of you are bird watchers?  Have you ever watched a conservationist try to snare a bird to tag for later I.D.?  But conservationists don’t snare people.  So, why did David used this phrase with regard to human beings?  I think you will be surprised.

Psalm 91:3b says, “Surely, He shall deliver you from the snare of the fowler…”

A snare? Do you have any snares lying around? Other than the trap we have to capture garden destroying raccoons, I don’t know of any snares. However, I had an experience years ago that gave me some insight into the broader meaning of the word snare.

One spring morning I put on my walking shoes and headed out into the fresh sweet air. The sun was making her grand entrance onto earth’s eastern stage and our gravel road was clear of traffic.

As I rounded the corner just past the 3-acre pond, I heard loud squawking coming out of the overgrown ditch. Bending down and parting the grass, I saw a blackbird caught in a bunch of weeds. Looking closer I saw he was tangled in some line cast aside by a fisherman.

Carefully I held the trembling bird in one hand and with a few twists, my other hand was able to free him. One strong flap of his wings and he lifted to the sky.

It was at this moment that God spoke, “ You are My shepherdess. As you’ve freed this bird today, you will find your sheep caught in the thicket and will free them.”

“What is the thicket, Father?”

With that, let’s look at the word SNARE:

It means to spread a net, a bird trap, or human ensnarement.

Snare: The setting of a new governmental order through the spoken word(Pey). These words create a new beginning and fence us in to separate us, cut us off, or protect us(Chet).

How often the enemy snares us with words spoken that bring offense or make us question our identity or God’s identity and we find ourselves separated from those we love and from God. His words put us under his government.

How about all the fake news and fear-mongering that’s gone on lately.  Has it not separated us and cut us off.  Words—Words that snare.

And how about FOWLER?

It means snarer or entangled by a snare.

Hunters of the past often used nets to catch birds or other animals. The picture that comes to mind is out of the John Wayne film, “Hatari.” In it they were trying to catch monkeys. Workmen laid out a huge net on the ground and attached bottle rockets along the edge of the net. They drove the monkeys into a large tree, then lit the bottle rockets that propelled the net over the tree, catching all the monkeys.

The net was a snare, a trap unseen by the monkeys until they were caught. And the men laying the net and activating the rockets were the “fowlers”.

The enemy of our souls and his helpers love to lay traps or snares to catch us. He is familiar with our weaknesses and knows what to use to pull us out of the place of trusting God and doing His will. He is the fowler and we are his prey.

Let’s see what the Hebrew unearths for us. Reading from right to left:

= Yod 10 = The outcome, the completion of something. Means: Hand, Arm, Power – Right hand of God’s power

= Shin 300 = Victory of good over evil, Holy Spirit. Means: Teeth, Fire, the Fire of        God to consume all His enemies, Devour, Destroy, Something Sharp.

There are positive and negative connotations to each Hebrew letter. In this case, the negative comes through.

A Fowler: is something or someone negative that divides us (Qof)with a powerful hand(Yod) and secures us(Vav) in a place of fire, with a plan to destroy us(Shin).

Let’s put this together.

Psalm 91:3 Surely He shall deliver you from the Snare of the Fowler: He shall deliver you from something or someone negative who is setting a new governmental order over you through the spoken word. These words create a new beginning and fence us in, to divide and separate us, cutting us off from Godly influence with a powerful hand. This fowler keeps us in a place of fire, with a plan to destroy us.

David is saying that if we live in the secret place, God will deliver us from these negative traps of the enemy. Notice that the enemy uses words to entrap or snare us.

When God showed me that religion can be a snare that keeps people from their destiny, I started looking at the ‘rules’ and ‘words’ I allow to order my life.  Words can bring life or they can bring death.  Let’s be careful what we speak…AND…who we listen to.

This got longer than I’d planned so we will go on to the pestilence in the next installment.Hang on to that bug spray…but I don’t think you’ll need it.

Photo by Andrew Buchanan on Unsplash